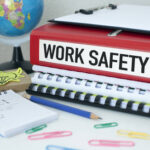 A lack of safe transportation is a regular problem for thousands of migrant farmworkers in Florida every year. There are chronic problems with our U.S.-based agricultural system, which depends upon a reliable (and seemingly endless) supply of low-wage workers. These workers—and our system—depend upon workers have access to free, safe transportation to and from… Read More »

As of July of 2015, 5.5 percent of individuals in Florida were unemployed. As a solution to unemployment, many people seek seasonal work until they find a full-time position. In addition, Florida has many seasonal job opportunities over the holidays, at theme parks, during baseball spring training, among others. Because seasonal workers are only… Read More »