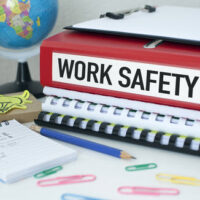 A lack of safe transportation is a regular problem for thousands of migrant farmworkers in Florida every year. There are chronic problems with our U.S.-based agricultural system, which depends upon a reliable (and seemingly endless) supply of low-wage workers. These workers—and our system—depend upon workers have access to free, safe transportation to and from the fields each day; yet unfortunately, this isn’t a guarantee when it comes to the protection of workers in Florida.

According to the U.S. Department of Labor, there are more than 1 million farmworkers in the U.S. Due to enforcement issues, unfortunately, many laborers continue to ride in overloaded, poorly maintained, and uninsured vehicles, driven by people who don’t even have a driver’s license; placing all of their lives at risk.

In addition to existing federal and state worker protection laws, the Migrant Seasonal Agricultural Worker Protection Act mandates that agricultural employers show that transportation they provide is properly insured and meets basic safety standards. Under it, the Labor’s Wage and Hour Division assessed agricultural employers more than five million dollars in penalties in 2015 alone for violating safety and labor standards, including transportation. Just since January 2015, there have been more than a dozen accidents leaving hundreds injured and others dead. Those killed include children and other minors working in violation of child labor laws. The overall legal violations associated with these conditions are beyond startling.

The Florida federal courts already decided that growers who use labor contractors have a responsibility to make sure that workers travel safely. Many employers of farmworkers participate in the federal H-2A guest worker VISA program, which not only guarantees a certain wage per hour, but also provides room and board, as well as free transportation from Mexico to the work location. However, whenever there is a crash investigation, a pattern of alleged safety violations tends to emerge.

For example, in one case discussed in the Times Argus article involving Vasquez Citrus & Hauling in Lake Placid, Florida, the bus providing transportation to the workers was not registered with the Labor Department (meaning that it should not have been used to transport workers at all). In addition, the individual driving the truck lacked a commercial driver’s license—yet another legal violation. The vehicle was also underinsured: where it should have been covered for five million dollars, liability coverage was for approximately one million, and there was no workers’ compensation policy in place for the journey back from the work location in Florida to Mexico. Vasquez Citrus had previously been cited 22 times for alleged violations; however, no fines were technically issued; indicating that the company did not take these citations seriously. Regardless, the fines are often so low that it simply makes more sense to these companies to pay the fine and continue to place workers’ lives in danger.

The Fair Labor Standards Act allows employees to recover lost wages and damages in an employment retaliation situation, amongst providing other protections to workers. There are also other federal state laws in place protecting employees. If you feel that your employer has broken the law and you’ve been impacted, consult with Robert Norell today. With offices in Plantation, Florida—and serving workers all over the state—we are here to help.