According to the Economic Policy Institute, restaurant employees typically have “very low-wage jobs with few benefits, and many restaurant workers live in poverty or near-poverty.” Many restaurant employees desperately need their jobs because they cannot find other employment. Sadly, some restaurant owners take advantage of their employees’ circumstances by depriving them of the wage… Read More » 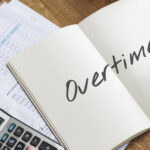 In May, the U.S. House of Representatives passed a bill that could result in employees feeling pressured to give up their right to overtime in exchange for “comp time,” or compensatory time off. The legislation—titled the “Working Families Flexibility Act of 2017”—still may not pass the Senate, as Democrats have gone on record stating… Read More »

We have previously posted about the new federal overtime guidelines set to go into effect on December 1, 2016. While millions of workers throughout the United States have been anxiously awaiting new overtime rights, many employers, legislators, and employer advocacy groups have been aggressively trying to fight the new overtime rules in any way… Read More »