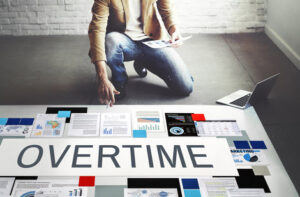 We have previously posted about the new federal overtime guidelines set to go into effect on December 1, 2016. While millions of workers throughout the United States have been anxiously awaiting new overtime rights, many employers, legislators, and employer advocacy groups have been aggressively trying to fight the new overtime rules in any way possible. As an employee, it is important to know whether you will be entitled to overtime payments come December 1st. As a law firm that handles Florida labor law cases, part of our job is to follow any new developments regarding these new rules.

The following are some attempts to halt the legislations that could benefit millions of workers in the United States.

Lawsuits Filed Against the DOL

21 different states as well as several advocacy groups have filed two separate lawsuits against the United States Department of Labor (DOL) to challenge the constitutionality of the new rules. The lawsuits allege that the DOL did not have the authority to increase the overtime threshold as significantly as it did. However, lawsuits take a lot of time and the chances of courts making decisions in these cases by December 1st are slim. Even if courts find in favor of employers, the DOL can appeal the decision to higher courts.

The Appropriations Committee of the U.S. House of Representatives is trying to push through a spending bill that would specifically eliminate any federal funds from supporting the DOL’s enactment or enforcement of the new overtime rules. Fortunately, the chances of the bill surviving through a House vote, Senate vote, and Presidential veto are also slim.

Congress has also been working to block the new overtime rules in different ways, including the following:

The DOL and Labor Secretary have stood by the increases to happen on December 1st of this year, stating that many workers in the U.S. have been waiting too long to receive rightful overtime payments.

At the law office of Robert S. Norell, we fight for the rights of employees to the wages and overtime payments they deserve. If you have concerns about overtime guidelines or believe your wage rights have been violated our Florida labor law attorney for assistance today.