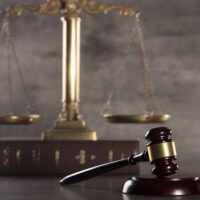 June has been a busy month for employment law, as the U.S. Department of Labor (under new Labor Secretary Alex Acosta) has taken several actions to dismantle a series of the Obama Administration’s rules put in place to protect employees. Specifically, in just the first week of June, the Department of Labor withdrew two guidance letters issued during the Obama administration which sought to address the misclassification (and thus unjust treatment of) workers as independent contractors.

In addition, several bills were introduced to make adjustments to the National Labor Relations Act.

The first guidance rule dismantled opined that most workers are employees versus independent contractors, and set forth a multi-factor test aimed at determining to what extent workers are economically dependent upon their employees to emphasize that this is more relevant than the degree to which a business controls an employee’s work. The second applied to allowing a company and its contractor to be considered joint employers if the company had a right to control the contractor, regardless of whether that right was exercised.

Legislation To Roll Back National Labor Relations Board Election Rules

A number of bills were also introduced to amend the National Labor Relations Act (Act); specifically, to undo some of the changes made to the union representation election process put in place during the Obama administration: The Employee Privacy Protection Act, Employee Rights Act, and Workforce Democracy and Fairness Act. If passed, these three bills will, together:

The bills are currently in the Health, Education, Labor & Pension Subcommittee of the Education and Workforce Committee.

Employment Lawyer on Your Side

The many changes being implemented in Washington, DC to dismantle protections explicitly put in place to protect workers since 2008 will likely translate to more and more workers having to file employment and labor law lawsuits in order to assert their rights.