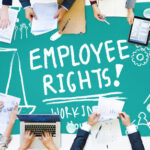 We have previously posted about the new federal overtime guidelines set to go into effect on December 1, 2016. While millions of workers throughout the United States have been anxiously awaiting new overtime rights, many employers, legislators, and employer advocacy groups have been aggressively trying to fight the new overtime rules in any way… Read More »