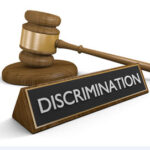 A new study has released shocking details regarding how pervasive discrimination in the workplace is and the negative effects it has on the overall mental state of employees. Specifically, the study found that almost half of respondents indicated that discrimination occurs in their jobs regularly, and most indicated that it has long-term effects on… Read More »

On February 9th, a jury awarded a former university employee (Michele Coyle) $2.5 million after finding that university officials violated state law for firing her after for allegedly reporting allegations of sex discrimination against women. Specifically, after serving as chief campus counsel for six years, Coyle reported that she and other women were subjected… Read More »

Will Florida Employees Have Social Media Privacy Protection In 2016?

A great number of people in Florida–and across the country–have some type of social media presence. Whether they choose to have profiles on Facebook, Twitter, Google Plus, Youtube, or other similar sites, social media can be an important tool to stay in touch and to share your ideas, opinions, photos, and videos. However, in… Read More »

Religious Harassment and Discrimination In The Workplace

Religion has become a hot button issue in 2016, especially with the escalating presidential race. Many people in the United States have spoken up and shown intolerance of certain religions both online and in protest. However, no matter how tense religious relations may become, an employer should never allow such tensions to enter the… Read More »

Will Hiring Discrimination Against Ex-Cons Be Outlawed?

For many job-seekers, getting to the part of an application that asks whether they have had any prior criminal convictions is extremely stressful. In many situations, an applicant may be aware that, by truthfully checking the “yes” box, they are significantly limiting their chances of getting hired for that position. This is because many… Read More »