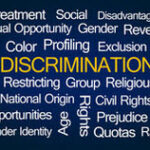 Discrimination in Hiring Against Individuals With Disabilities

Employment discrimination occurs for many different reasons, including race, gender, religion, and more. The Americans With Disabilities Act (ADA) makes it unlawful for employers to discriminate, harass, or retaliate against individuals due to a disability, and this includes during the hiring process. According to the Bureau of Labor Statistics (BLS), the 2014 rate of… Read More »