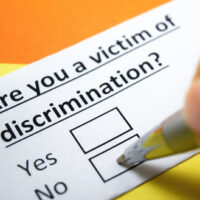 On December 8th, two African-American employees filed a class action lawsuit against CNN, Turner Broadcasting, and Time Warner, alleging racial discrimination in the workplace. Specifically, in their lawsuit, plaintiffs allege that the workplace culture at these companies discourages or prohibits minorities from exercising their rights under laws which prohibit employment discrimination.

This isn’t the first lawsuit filed alleging discrimination against these broadcasting giants: Three other plaintiffs filed lawsuits last year, one of them seeking $50 million in a racial discrimination claim against CNN, Turner Broadcasting, Time Warner, and Turner Services Inc. This plaintiff also claimed that he experienced retaliation in his employment position after he filed a complaint with the Equal Employment Opportunity Commission. Another plaintiff alleged that she not only suffered discrimination, but proceeded to lose her job after reporting the discrimination to human resources. One news outlet reports that approximately two dozen current and former employees have now claimed that there is a systematic problem with discriminatory practices throughout Turner networks.