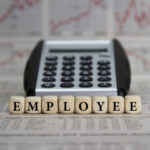 A Look At Gender Equality In The Workplace

March is Women’s History Month in the United States–a time to recognize great accomplishments of women, many of which take place in the workplace. The rights and protection for women in the workplace have increased substantially over the past decades with anti-discrimination measures and other laws enacted on both the federal and state levels…. Read More »

Can Workplace Wellness Go Too Far?

In recent years, much focus in many workplaces has been on employee wellness. While wellness programs may be construed to be out of concern for the health and well-being of employees, the increasing focus largely stems from the rising costs of healthcare. Employers attempt to curb the costs they pay for employee health insurance… Read More »