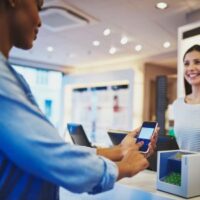 A manager at a local mobile wireless retailer recovered $53,000 in civil damages for fraudulent filing of information returns, as well as unpaid overtime wages that were owed to her. In this case, the client received several fraudulent W-2 forms from her employer over the course of her employment with the company. The employer purposely provided incorrect payroll information to the IRS so that it would pay less employment taxes violating the 26 U.S.C. § 7434. The client was entitled to damages resulting in harm and suffering as a direct result of her employer’s illegal actions. The client also claimed that she worked over 40 hours per week as a non-exempt employee entitling her to time and one-half for all overtime hours she worked. The employer violated the Florida Labor Standards Act (FLSA) by failing to pay her overtime compensation, thus entitling her to unpaid overtime, liquidated damages (an amount equal to the unpaid overtime owed) and attorney’s costs and fees. If you are or have been a victim of tax fraud and/or unpaid overtime wages, call employment attorney Robert S. Norell for a free case evaluation.

By Robert S. Norell, P.A. | Posted on March 31, 2021
« Misclassified Manager at Local Art Gallery Recovered $16,000 in Unpaid Overtime Wages
Army enlistee recovers $50,000.00 for damages and lost wages due to military discrimination and gets her job back »

More on Wage and Hour