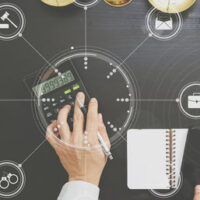 Below, we discuss some important litigation, legislation, and workers’ rights that you should be aware of:

A new lawsuit filed against Starbucks and Evolution Fresh accuses the companies of violating state wage and labor laws by requiring that employees be on-call without pay, as well as deducting wages for lunch and rest breaks that should be paid for (amongst various other allegations). The suit is also seeking class-action status on behalf of current and former employees between 2013 and 2017. Similar lawsuits were reportedly filed in July and August against Nordstrom-owned Trunk Club and Amazon.

Federal Bill Could Threaten Rest Time Some Truckers Are Entitled To

A controversial provision currently in the House appropriations bill would allow federal regulations to exempt truck drivers who drive across certain state boundaries from that state’s meal and rest requirements (where those state requirements are stricter than what federal law mandates).

States such as California, Colorado, and Kentucky require truck drivers and other state employees to take a 30-minute meal break within their first five hours on their shift, as well as an additional break after five additional hours have passed. Employees are also required to take paid 10-minute rest breaks for every four hours of work they put in.

Federal regulations, however, only mandate one 30-minute break for truck drivers within their first eight hours of driving. Many are now concerned that if this provision passed in the appropriations bill, fewer breaks will lead to sleepier drivers and more accidents on the road, placing the public in danger. The battle on this issue is more than a decade old, and has generally come out on the side of upholding the right of states to provide for additional meal and rest breaks for workers under state labor laws and sovereignty.

Nursing Mothers Have Rights in the Workplace

Many people do not realize that the Patient Protection and Affordable Care Act amended the Fair Labor Standards Act to require that employers provide additional breaks for nursing mothers so that they could express breast milk. Specifically, the law requires that employers provide reasonable break time for a nursing child for one year after the child’s birth each time the employee needs to express breast milk. In addition, employers need to provide a private area (other than a bathroom) which is shielded from view and free from intrusion from coworkers in order for employees to do so.

However, it is important to note that the law does not apply to employers with fewer than 50 employees if compliance would “impose an undue hardship” or to exempt employees (i.e. those same employees who are exempt from overtime). It is also important to note that nursing mothers do not legally have to be compensated for these particular breaks. However, if an employee uses an existing break that is compensated under the law, an employer cannot use this as an excuse to forego compensation for that break. The law is intended to prevent employment discrimination.

If you or a loved one has had their rights under the Fair Labor Standards Act violated, we can help. Contact Florida labor law attorney Robert Norell today for additional information.