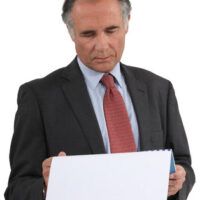 The U.S. Census Bureau estimates that 32.5% of Florida’s population will be 60 or older by the year 2030. Older workers contribute valuable knowledge and experience to the workplace, but they are often the first to be fired when employers decide to cut costs. The loss of employment often creates a crisis, given the difficulty that older workers experience when they look for new employment. If older job applicants can find work, their starting pay is usually much less than the wages they were earning in their previous jobs.

Most other employment discrimination laws prohibit employers from adopting policies that have a disproportionately adverse impact upon members of a protected class (such as race or sex) unless the employer can demonstrate a “business necessity” for the policy. That standard is meant to be difficult for employers to satisfy. The ADEA, however, allows employers to adopt policies that have an adverse impact upon older workers if the policies are based on “reasonable factors other than age.” Unfortunately for older workers, that standard is fairly easy for employers to meet.

Terminating Older Workers to Save Money

As it has been interpreted by courts, the ADEA allows businesses to make cost-cutting decisions that have a disproportionate impact on older workers. Employees who have devoted a career to a single employer have typically received a raise each year. Over time, even small salary increases add up, placing employees with the most seniority at the upper end of an employer’s payroll.

Two important Supreme Court decisions have gutted the protections that the ADEA promised to older employees. In the first, the Supreme Court ruled that, because “age and years of service are analytically distinct, an employer can take account of one while ignoring the other.” In that case, an employer fired its older workers before they became entitled to collect their full pension benefits. Since the employer took that action to save pension costs and not out of animosity to older workers, the Supreme Court ruled that the terminations did not violate the ADEA.

While the Supreme Court’s holding concerned terminations that prevented pensions from vesting, other courts have applied the same reasoning to permit employers to fire workers with high salaries as a cost-saving measure. Since older workers tend to have higher salaries than younger workers in similar positions, those court decisions permit employers to “weed out” older workers as a “reasonable” means of reducing payroll costs. After waiting a few months to avoid creating the impression that the employees were fired because of their age, the employers bring in a younger workforce — exactly the kind of harm that the ADEA is supposed to prevent.

In the second decision, the Court addressed cases in which an employer has two reasons for making adverse employment decisions, only one of which is unlawful. For example, an employer might want to get rid of older workers while reducing payroll costs.

Some civil rights laws allow employees in a protected class to prevail when discrimination is a motivating factor, but not the only factor, that drove an employment decision. The Supreme Court declined to adopt that standard for the ADEA, ruling that when an employer has a “mixed motive,” the employee can only prevail by proving that the employer would not have made the same decision in the absence of a desire to discriminate against older workers. That standard allows employers to discriminate against older workers as long as they can concoct a legitimate reason (such as cost savings) that would allow them to make the same employment decisions.

The Need for Change

It is still possible to prove that an ADEA violation occurred if the “cost savings” explanation for terminations is clearly untrue. For example, an employer who singles out older employees for termination while retaining younger workers who earn the same salary is plainly violating the ADEA. Employers who expressly state that they need “young blood” or a “youthful image” may also be giving older employees the evidence they need to prove that their replacement by a younger worker was motivated solely by age rather than cost savings.

In many cases, however, existing law provides no remedy for age discrimination. A bipartisan bill known as the Protecting Older Workers from Discrimination Act would give employees a remedy when they are able to prove that age was a motivating factor in their termination. Business lobbyists oppose the bill and it seems unlikely to pass in this legislative session. Perhaps legislators in the future will recognize that America’s aging population deserves greater protection against employment discrimination than the illusory protection that the ADEA now provides.

If you have questions about your rights in the workplace, call Robert S. Norell, P.A., a Florida labor and employment attorney, to discuss your situation and learn your rights.