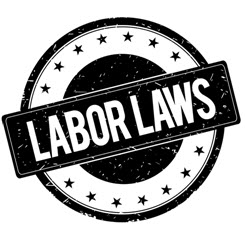 The Obama Administration’s “Fair Pay and Safe Workplaces” directive enabled federal agencies to turn away federal contractors with workplace violations, that is, until one federal district court judge blocked it. The order would have gone into effect on November 15th, making a strong statement that companies doing business with the federal government need to be held accountable for state and federal labor law violations. Specifically, it would have taken steps towards ensuring that tax dollars do not support “low-road contractors who discriminate in hiring and pay, treat veterans unfairly, withhold overtime, subject their employees to physical danger, or otherwise deny some basic workplace protections.”

The order would have had broad impacts: approximately 26 million people work for federal government contractors—almost a quarter of the total workforce. It was born out of a 2010 Government Accountability Office investigation, which found that the federal government was awarding contracts to companies that had been cited for large back-wage liabilities, under the argument that tax dollars should not be going to companies that violate workplace laws.

A History of “Rewards” For Wage Violations

These statistics are nothing short of alarming. They indicate that not only were these contractors suspended from receiving additional contracts, but it is entirely possible that violations and fines weren’t taken into account at all during the process of awarding federal contracts each year.

The legal battle against this order, which would have sought some accountability for violating wage laws—and which was won, unfortunately, for now—was waged by the Associated Builders and Contractors, its Southeast Texas Chapter, and the National Association of Security Companies.

However, It is important to note that the judge has only decided to provide an injunction to block the rule; the courts have not yet made a decision on the merits of the case (i.e. whether the order is technically illegal and oversteps the executive branch’s authority).

According to its statement, the Department of Justice is considering its options for next steps.

It is also important to note that current laws allows the Department to hold contractors accountable. A claim to recover unpaid wages may be brought under the Fair Labor Standards Act and/or the Florida Minimum Wage Act. Both of these laws establish minimum wages that employees must be paid.