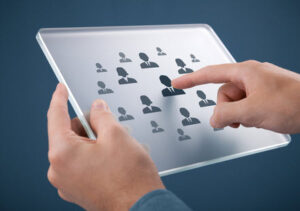 A lawsuit filed against Amazon.com on October 4th marks the latest case filed against companies for allegedly violating federal labor laws by classifying them as contractors rather than employees, arguably so that the companies can avoid paying overtime compensation for various work-related expenses. This is likely an issue we will see come to the forefront this fall, as many companies add personnel in order to make deliveries during the holiday seasons.

Other companies that have been linked to classifying workers as independent contractors instead of employees have included Uber Technologies Inc. and Postmates Inc. Earlier this year, FedEx Corp. also settled with its drivers for $240 million over related issues. Many of these workers are concerned that companies are essentially engaging in schemes in order to avoid complying with federal and state wage laws.

In fact, misclassification of employees as independent contractors has been an issue here in the U.S. that goes beyond just these few companies that hire workers to deliver packages. By failing to properly classify these workers, employers are often able to avoid providing them with basic protections such as the right to receive overtime pay or join a union, as well as pay the appropriate taxes.

How do you tell the difference between an employee and a properly-designated independent contractor? Independent contractors can be people or even businesses which provide goods or services to another entity within a very specific contract which governs the amount of payment. These relationships are typically characterized by the employer not having direct control over the contractor; by contrast, the employer is often considered to be more of a “customer.”

By contrast, an employee works for wages or a salary and, according to guidelines provided by the Internal Revenue Service, the employer or company has control over the employee, as well as how they do their job. Related areas such as how a worker is paid and/or reimbursed and what types of contracts and benefits are involved are also relevant.

Let Us Help You Today

Florida labor law and employee rights attorney Robert S. Norell helps people who have been wrongfully denied employment rights against their employer. We put in many years of experience helping you obtain unpaid wages and related costs, and focus on all labor and employment matters. If you’ve been illegally classified as an independent contractor instead of an employee, contact us today for a free case evaluation and we’ll discuss your options and next steps.