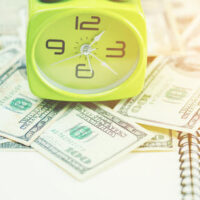 Earlier this month (in May), an important case was decided by a Florida federal district judge. The judge found that a citrus company sued by a class of workers who claimed that they were not paid the proper wages under the H–2A visa program was in fact a (liable) joint employer (along with the labor contractor that supplied it with the workers), and in doing so, ordered the company to pay close to $200,000 to be paid in damages to the class. The case is an important decision for workers who aren’t paid enough under the H – 2A visa program (which includes a lot of Florida citizens).

What Determines a “Joint Employer”?

In the case, U.S. District Judge Marvin E. Aspen weighed a number of factors and ultimately ruled that the company (Consolidated Citrus) was a joint employer in part because the company supervised the laborers’ work (and they way in which they accomplished it), and exercised control over the workers by auditing the payroll procedures of the original contractor (Ruiz Harvesting Inc.), who hired the workers. Due to this control over the “manner and means” by which the workers accomplished their work, the court found that Consolidated Citrus ultimately had to be considered a joint employer for the purposes of the workers’ breach of contract claims.

The Fair Labor Standards Act & “Suffer or Permit To Work”

One of the relevant laws at issue in the case is the Fair Labor Standards Act (FLSA), which has what’s known as a “suffer or permit to work” standard. FLSA defines the term “employ” to include “suffer or permit to work,” meaning that if an employer requires or allows employees to work, they are technically employed, and the time spent towards working, in this endeavor, constitutes hours worked. In other words, if an employer knows or has reason to believe that employees are continuing to work, and that employer is benefitting from the work being done, this work constitutes hours worked in a general sense.

In this case, although Ruiz Harvesting technically provided the workers with all the tools, housing, and transportation that the needed to do the work, because Consolidated Citrus had control over the way the workers accomplished their work and the method of payment and employee benefits—as well as other factors, such as the location of work—the company was in fact the worker’s joint employer within the H–2A visa program.

If you feel you’re owed unpaid wages or commissions, contact Florida unpaid wage attorney Robert Norell for a free case evaluation regarding your rights today. We’re here to ensure that your employer abides by both Florida state and federal law.